IMDb: 6.4 1995 107 min 59 views
A mysterious woman comes to compete in a quick-draw elimination tournament, in a town taken over by a notorious gunman.
ActionAdventureThrillerWestern

IMDb: 3.9 2020 90 min 82 views
After fighting in the Civil War, two Union Army buddies find themselves on opposite sides of the law with the post-war peace at risk.
Western

IMDb: 5.5 2019 86 min 395 views
A supernatural thriller set in the Western frontier of the late 1800s, The Wind stars Caitlin Gerard as a plains-woman driven mad by the ...
HorrorThrillerWestern 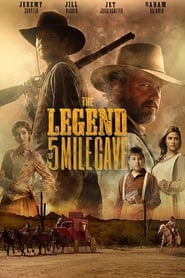 The Legend of 5 Mile Cave

The Legend of 5 Mile Cave

IMDb: 4.6 2019 633 views
A mysterious drifter bonds with a boy with tales of the West. Past and present collide when a lawman appears seeking long-lost gold.
Western

IMDb: 6.3 2019 100 min 644 views
The story of a young boy who witnesses Billy The Kid’s encounter with Sheriff Pat Garrett.
DramaWestern

IMDb: 7.6 2017 95 min 1005 views
A crime-drama, about the cultural aversion of a group of punk rockers in a conservative Texas town. Their ongoing battle with a rival, ...
ActionCrimeDramaThrillerWestern 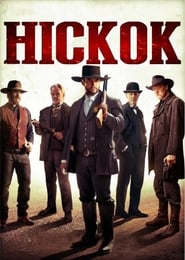 IMDb: 4.9 2017 88 min 974 views
Legendary Lawman and Gunslinger Wild Bill Hickok, is tasked with taming the wildest cow-town in the West, while delivering his own brand of ...
Western

IMDb: 8.4 2012 165 min 985 views
With the help of a German bounty hunter, a freed slave sets out to rescue his wife from a brutal Mississippi plantation owner.
DramaWestern

IMDb: 7.6 2010 110 min 1021 views
Following the murder of her father by hired hand Tom Chaney, 14-year-old farm girl Mattie Ross sets out to capture the killer. To aid her, she ...
AdventureDramaWestern

IMDb: 7.2 2011 107 min 1060 views
When Rango, a lost family pet, accidentally winds up in the gritty, gun-slinging town of Dirt, the less-than-courageous lizard suddenly finds he ...
AdventureAnimationComedyFamilyWestern

IMDb: 5.8 2017 95 min 1172 views
The last Gunslinger, Roland Deschain, has been locked in an eternal battle with Walter O’Dim, also known as the Man in Black, determined to ...
ActionFantasyHorrorScience FictionWestern 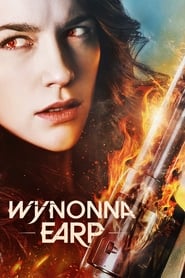 IMDb: 5.8 2016 1341 views
Based on the IDW Comic, Wynonna Earp follows Wyatt Earp’s great granddaughter as she battles demons and other creatures. With her unique ...
Action & AdventureSci-Fi & FantasyWestern

IMDb: 8 2016 1331 views
A dark odyssey about the dawn of artificial consciousness and the evolution of sin. Set at the intersection of the near future and the reimagined ...
Science FictionWestern

The Good, the Bad and the Ugly

The Good, the Bad and the Ugly

2015 156 min 1880 views
In the 1820s, a frontiersman, Hugh Glass, sets out on a path of vengeance against those who left him for dead after a bear mauling.
AdventureDramaThrillerWestern