IMDb: 8 2017 1462 views
A former Marine out to punish the criminals responsible for his family’s murder finds himself ensnared in a military conspiracy.
Action & AdventureCrimeDrama 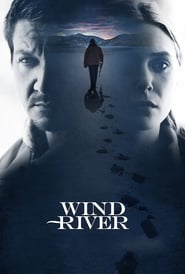 IMDb: 7.8 2017 111 min 1000 views
An FBI agent teams with the town’s veteran game tracker to investigate a murder that occurred on a Native American reservation.
ActionCrimeMysteryThriller

IMDb: 7.6 2015 121 min 1020 views
A young female FBI agent joins a secret CIA operation to take down a Mexican cartel boss, a job that ends up pushing her ethical and moral values ...
ActionCrimeDramaMysteryThriller

IMDb: 8.1 2017 113 min 1918 views
After being coerced into working for a crime boss, a young getaway driver finds himself taking part in a heist doomed to fail.
ActionCrimeMusic

IMDb: 7.4 2017 121 min 1352 views
A newly-released prison gangster is forced by the leaders of his gang to orchestrate a major crime with a brutal rival gang on the streets of ...
CrimeDramaThriller